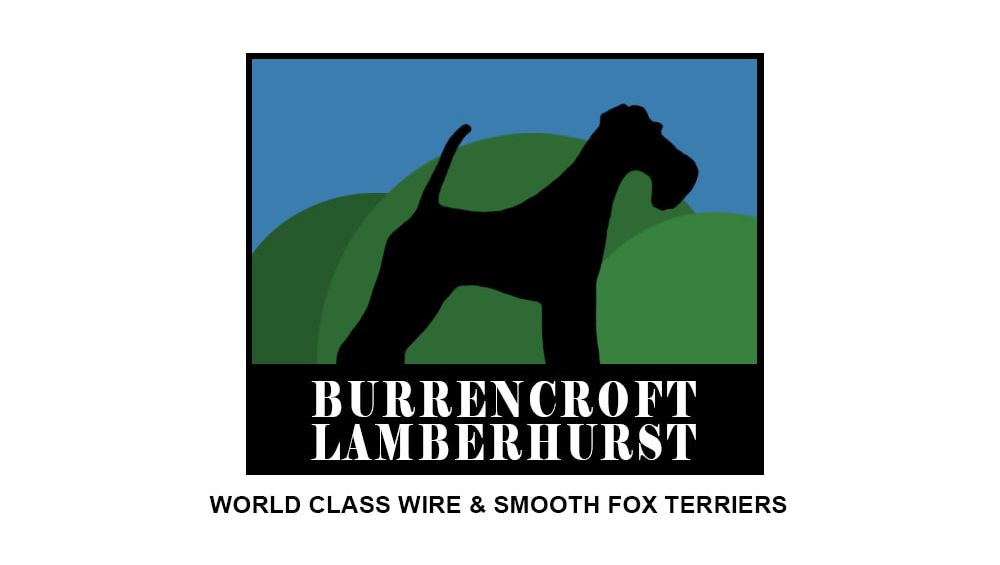 A legend in his own right both at home and abroad. Mervyn Thompson has bred multiple Wire Champions for over decades. A 'Terrier Man' through and through, Mervyn has produced show winning dogs time after time.

The famous Burrencroft prefix has become synonymous with top class show winners! ​Look closely at the pedigrees of many of the leading 'Wires' today and you'll find the name Burrencroft often laying the foundations of success. Google the prefix Burrencroft and the success both in Ireland and the UK not to mention the USA has been staggering. At Burrencroft - its the dogs that do the talking!

Mervyn Thompson is a third generation terrier man who through careful planning and preservation of the much sought after, proven 'old Anglo-Irish bloodlines' has time and time again produced some of the best Wire Haired Fox Terriers ever to grace a show ring. Mervyn has a masterly natural feel for a dog, an eye that is unparalleled and the skill to produce a Wire to near perfection. Mervyn has also enjoyed massive success producing show winning Wires time and time again." For an Irish breeder his success in the United States has been unparalleled and has been commented on often by such alumni as Michael Collings of the Purston Kennels.

David Boyd is a very successful Northern Ireland businessman and trawler owner with stakeholder interests in both the UK and Irish Fishing Industry. He also has owns and manages a successful Property Development Company.

Over the span of his successful business career David's love for dogs and horses never diminished and whilst due to commercial commitments taking up much of his time, David was determined to revisit the joy of his youth in
breeding and showing both Wire Haired and Smooth Fox terriers.

For over a decade David Boyd dominated the driving and showing of Hackney Horses and ponies in Ireland being a 10x Supreme Champion winner of the Royal Ulster Show! He's pictured here driving the celebrated Multi Champion Hackney Harness Pony - 'Sh Champion Pot Pourri Coming Thru'. A hands on man, David was personally responsible on a daily basis for the training  and showing of all his numerous horses and ponies.

As a boy his father bought him his first Wire Haired Fox Terrier pup as a pet. Due to college education, a heavy business schedule and career, David never got the opportunity to fulfill one of his life time ambitions of breeding and showing world class Wires!

Introduced to Mervyn Thompson of the famous Burrencroft Kennel by Billy Henderson, famous for producing great great Doberman Pinchers, David says, "Once again a light just switched on and the path was made clear". A working partnership was established and a new chapter is about to be written! David says "Someone once told me, "If you ever want to be the best at anything, watch those who are successful at that pastime and soak in the skills and attributes that have driven their success. In terms of the breeding and presentation, natural ability and provenance of three generations, Mervyn Thompson has provided that impetus to success.

Watch this space, out of the embers the phoenix will rise.